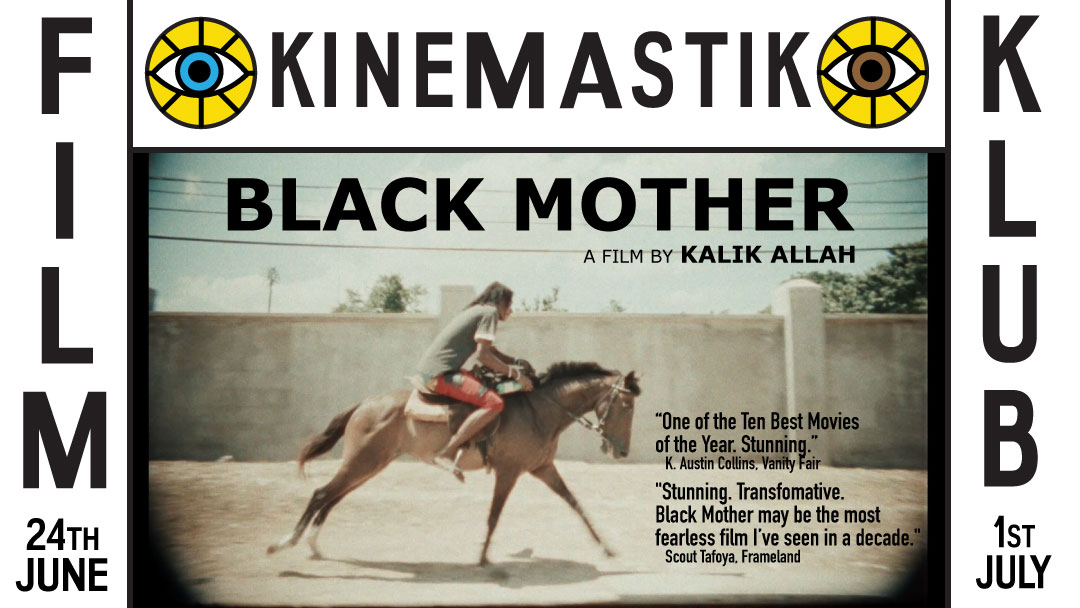 Our third film in our Black Cinema Film Klub is all at once a mesmerising visual poem, an open documentary and a love letter to an island and its people.

‘Part film, part baptism, in Black Mother director Khalik Allah brings us on a spiritual journey through Jamaica. Soaking up its bustling metropolises and tranquil countryside, Allah introduces us to a succession of vividly rendered souls who call this island home. Their candid testimonies create a polyphonic symphony, set against a visual prayer of indelible portraiture. Thoroughly immersed between the sacred and profane, Black Mother channels rebellion and reverence into a deeply personal ode informed by Jamaica’s turbulent history but existing in the urgent present.’ Grasshopper Film

There is an Apple rental option on the films site: HERE

There is an Amazon Prime option HERE