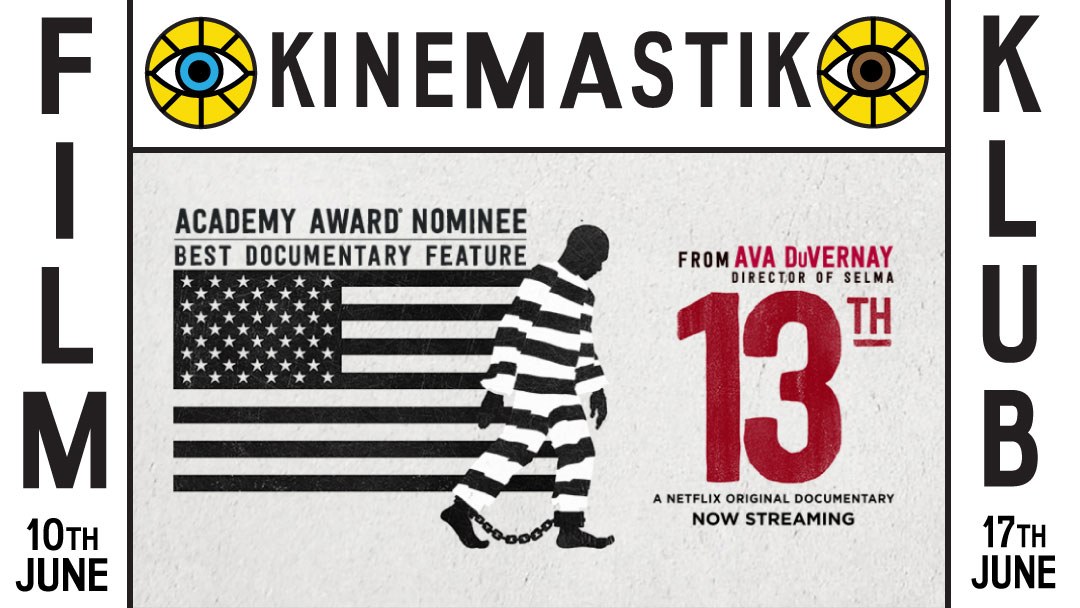 ‘Premised as a historical survey that maps the genetic link between slavery and today’s prison-industrial complex, 13th explodes the “mythology of black criminality” as The New Yorker’s Jelani Cobb at one point in the film refers to the successive and successful measures undertaken by political authorities to disempower African Americans over the last three centuries. The academic and civil-rights advocate Michelle Alexander unpacks how the rhetorical war started by Richard Nixon and continued by Ronald Reagan escalated into a literal war, a “nearly genocidal” one. The Southern Strategy is unmasked as a political calculation that decimated black neighborhoods but won the southern white vote.

Throughout the film’s continuous reveal, a single word flashes in giant white letters on a black background: CRIMINAL. Is it a condemnation of past deeds or an accusation aimed at everyone who is complicit? Its effect doesn’t numb the viewer. It pricks and prods throughout the documentary’s 100-minute run time.’